Heather Knight doesn’t go for billionaires with helicopters or country club fellas who sip Moscow Mules by the pool. She likes her men Mad, Bad, and Dangerous to know.  She began reading romance when she was thirteen and apocalyptic fiction during college.  She’s combined her love for the two genres in her new adult romance series, which is set shortly after a catastrophic worldwide event. Her books push the boundaries of both romance and erotica and are classified as Dark Romance.

Heather lives in the Mid-Atlantic with her own bad boy and dreams of one day leaving that snow behind forever.

In 2018, a well-known super-volcano blew, covering half of North America in a thick layer of ash and leaving sulfur and other gases trapped in the stratosphere. With the sun’s rays deflected off the earth’s surface, the planet is now enveloped in a volcanic winter that will last years, perhaps decades. No country, no climate, no civilization remains unscathed. Even the mighty U.S. Government has fallen. Millions died in those first weeks. Even more starved off, froze to death, or were taken by illness. Those who remain fight over what few resources are left. 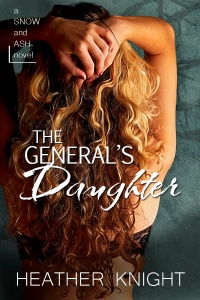 Eighteen year-old Ilsa’s father, General Balenchuk, is one of the few men with balls enough to build a tiny island of civilization after a global catastrophe sends humanity to near extinction. He runs Mountain City with an iron fist, and he’s even more controlling when it comes to his daughter. Ilsa’s been dead inside for years, but then the guy who hates her the most is ordered to take her hostage.

When twenty-two year-old Talon Heinesman captures Ilsa Balenchuk, it’s not just because his commanding officer ordered him to take the general’s daughter. Four years ago, her selfishness set into motion a series of events that resulted in his mother’s and sister’s murders. He’s buried his rage for four years, and now it’s time to mete out the punishment she deserves.

Their story sets Ilsa and Talon on a steamy, turbulent path full of danger, incendiary passion, and a bond so deep it could kill. 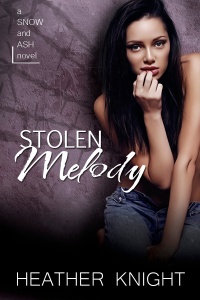 The rest of the world knew her as Melody, the beautiful young siren who rose to the top of the music scene just before a volcano blew and wiped out most of civilization. For the past three years, nineteen year-old “Imogen” has been living under the protection of a small town pastor, and no one else in this increasingly righteous parish knows her infamous history. The whole persona of Melody was a corporate fabrication, and even Imogen would like to forget that part of her past.

Ex-felon Axel Diehl is scouting ahead for a well-organized gang when he spots his fantasy girl. There’s no mistaking the small scar on her hand, those full lips, or that kick-ass figure. It’s too good to be true, and when the gang takes control of Sadie’s Bend he publicly claims Melody for his own.

Can sweet Imogen become the sexy Melody of Axel’s dreams? Can Axel give his poster girl the love she craves? Or will the violence of this new, post-apocalyptic world tear them apart?

The Other Brother
July 2016 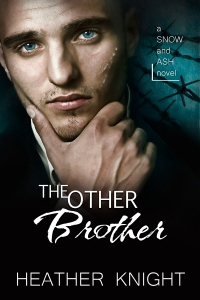 A political marriage to the young brother of the famous General Barry, a leader known his ruthless brutality, is the last thing nineteen year-old Bianca Mason wants. But an alliance with these men will keep her father’s citizens safe from the endless Barry raids and be another step toward the return of modern civilization. Unfortunately, Bianca puts the entire treaty in jeopardy when she confesses a traumatic personal secret to her intended groom, and he refuses the marriage. Desperate to keep the peace, she gratefully accepts when another brother steps in to take his place.

Kent, the other Barry brother, is known for his strong leadership ability, fair treatment of his troops, and brilliant military strategy. He is also a known for his burn-scarred face and his reputation as a sadist. When confronted with the disintegration of a much-needed treaty, he grudgingly steps in and marries Bianca, a girl traumatized by long-ago assault who doesn’t like to be touched.

Kent must teach Bianca, as only a master can, how to surrender herself fully, trust in him completely, and become the woman he needs. Only then can they both find happiness.

Amelia Wester’s privileged life fell apart on her 13th birthday when the Yellowstone volcano blew and ended civilization as she knew it. Five years later, she struggles for survival in the bombed-out ruins of Charlotte, North Carolina. Her only friend is a feral cat named Charlie. A life of isolation is her only defense against falling prey to the cannibal element as well as from the other survivors, who are just as desperate as she is to claim the last scraps of food.

Jackson Martell is a security guard at a mysterious place in the mountains of North Carolina known only as The Arc. Five years after the fall of civilization, he’s sent with a group of others to kill off the cannibal inhabitants that now populate Charlotte, NC. A former Cornell student, he dreams of using this assignment to prove himself and rise above the level of glorified security guard. When he spies a young dancer, her graceful performance amongst the shelled-out ruins strikes something deep inside him. Kill her? Not possible. His fascination soon becomes an obsession, and Amelia gains a stalker.

If Amelia can’t remain hidden from the soldiers, the cannibals, and the other survivors, her life will be a short one. If Jackson can’t control his obsession with Amelia, he’ll screw up his one chance at gaining a better future. But fire is fire, and fate is fate, and the stalker and his prey may not be able to resist a future that will destroy them both.

Until that day, I’d never heard of a super-volcano…

I didn’t know how good I had it. All I had to worry about was college in the fall and avoiding Connor Falk, the guy I stupidly bared my soul to. Then the Yellowstone volcano blew. Now half the country is buried under a thick layer of ash, the temperature is falling, and crops are failing worldwide. My prepper grandfather used to be an embarrassment, but it’s his stores that keep us alive. For now our family is safe—or are we?

My name is Emmaline Dohring, and this is my story.

PART ONE of the YELLOWSTONE SERIES